You are here: Home / Book-of-the-Week Archive / Book of the Week: pictographs 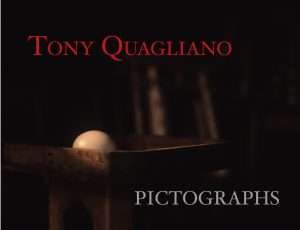 zTony Quagliano was born in Brooklyn but lived most of his life in Hawai’i, earning his living as a Professor of American Studies there. Pictographs (Red Moon Press, 2008) is one of the postscript series that posthumously honors poets who have made a substantial contribution to haiku in English. Tony’s work has appeared in all the major journals, and he was one of six Americans chosen to select the haiku that appear on the National Japanese American Memorial in Washington, D.C.