You are here: Home / Archives / Haiku Dialogue / HAIKU DIALOGUE – snow on the roof

Let’s talk about haiku! We begin our new format for 2019 with photographs – I will share a photo each week as a prompt for your writing and you’re invited to join in the fun!

Submit an original unpublished poem (or poems) via our Contact Form by Sunday midnight on the theme of the week, including your name as you would like it to appear, and place of residence.

Please note that by submitting, you agree that your work may appear in the column – neither acknowledgment nor acceptance emails will be sent. All communication about the poems that are posted in the column will be added as blog comments. 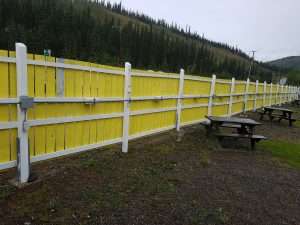 The deadline for this theme is midnight Pacific Time, Sunday 20 January 2019.
I look forward to reading your submissions. 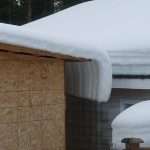 Here are my selections for this week:

white silence –
a blanket of snow
suspended from the roof

last love letter –
the quiet fall of snow
all night

snow covered roofs
he starts shaving
in the afternoon

new snow on the roofs…
the roofer dreams of melting
nails

winter illness –
he slipped away
without a sound

roof snow
the precariousness
of our situation

the weight of winter
everything
in layers

first snow
a blank day
on my calendar

spider web
on a snow shovel
until next winter

fresh snow
on the old path
I find myself

ceasefire –
the deafening silence
of snow

white lies
the deep snow
on our roof

the stillness
after she’s gone
snowfall

after Xmas
waiting for an avalanche
of bills

foreclosure
the snow clings
to our roof

dream states…
flakes of sleep
drift upon the pillow

snowdrift…
the lies I tell
about his father

blizzard conditions
unleashing an avalanche
of board games

an avalanche
of feelings
post-partum blues

snowbound world…
still a hostage
of his cold heart

back porch
the rhythm
of her neighbor’s shovel

this fear
of falling
snow on snow

the words
you leave in
avalanche

pure snow –
in the city
not one living saint

heavy snow caps the roof
that mountain
behind us

first love –
an avalanche
of kisses

snowed in we measure time in inches

crown fracture
my key goes in the front door

(a crown fracture is an avalanche precursor)

as if to say shush sudden snowfall

slipping snow –
my counselor asks
when it all began

sealed window pane
how did the coldness
seep into us

Katherine Munro lives in Whitehorse, Yukon Territory, and publishes under the name kjmunro. She is Membership Secretary for Haiku Canada and an Associate Member of the League of Canadian Poets. She co-edited an anthology of crime-themed haiku called Body of Evidence: a collection of killer ’ku.