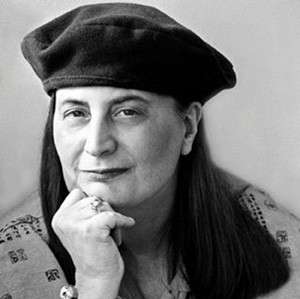 Pamela A. Babusci is an internationally-known and award-winning haiku/tanka & haiga artist. She works in a variety of media, including sumi-e, calligraphy, acrylics, watercolors & oil pastels, collage, and abstract clay sculptures. She has illustrated several books, including Full Moon Tide: The Best of Tanka Splendor Awards, Taboo Haiku, Take Five: Best Contemporary Tanka Vol.1, The Delicate Dance of Wings, and Chasing the Sun: selected haiku from HNA 2007. She is the founder and editor of Moonbathing: a journal of women’s tanka, the first all-women’s international tanka journal. 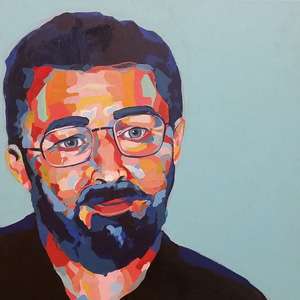 Dr. Randy Brooks is Dean of Arts & Sciences at Millikin University. He owns Brooks Books and co-edits Mayfly haiku magazine. He is on the editorial board for the Red Moon Anthologies, the Executive Committee of the HSA, maintains the HSA website, and is the web designer for the American Haiku Archives, among many other things.

Anna Cates lives in Ohio with her two beautiful kitties and teaches education and English online, including graduate level courses in creative writing. Her first full length collection of haiku and other poems, The Meaning of Life, is available at Cyberwit.net and Amazon. You will find haiku by Anna Cates in the Living Haiku Anthology.

Billy Collins’s latest collection of poetry is The Rain in Portugal (Random House, 2016). He was recently inducted into the American Academy of Arts and Letters, and he served as U.S. Poet Laureate (2001 - 2003). He is currently a Distinguished Fellow of the Winter Park Institute at Rollins College. 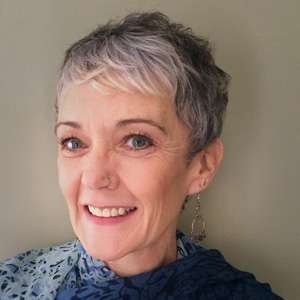 Terri L. French is a freelance writer and poet living in Huntsville, AL. She was reintroduced to haiku about ten years ago by discovering the Haiku Society of America via a Google search. Since then Terri has written and published hundreds of haiku, senryu, haibun and haiga. She served two terms as the Southeast Coordinator of the HSA and two years as the editor of the senryu and kyoka journal, Prune Juice. 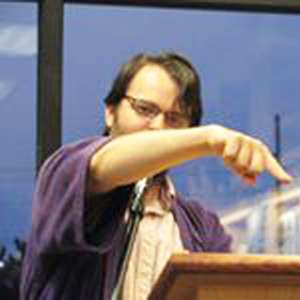 Joshua Gage is from Cleveland, His first full-length collection, breaths, is available from VanZeno Press. Intrinsic Night, a collaborative project with J. E. Stanley, was published by Sam’s Dot Publishing. His most recent collection, Inhuman: Haiku from the Zombie Apocalypse, appeared from Poet’s Haven Press. He is a graduate of the Low Residency MFA Program in Creative Writing at Naropa University, has a penchant for Pendleton shirts and poems strong enough to yank the breath out of his lungs. 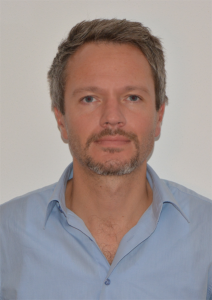 Thomas Geyer (PhD, 2004; “habilitation”, 2008; both LMU Munich) is Professor of Experimental Psychology, co-director of the international and interdisciplinary M.Sc. program in “Neuro-Cognitive Psychology”, and chairman of the Psychology Department’s MSc examination committees. His “MEMVIS” (MEMory in VIsual Search) research group investigates, using a variety of behavioral and neuroscientific techniques, how observers (the brain) succeed in detecting target objects in cluttered sensory environments. 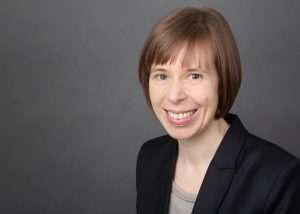 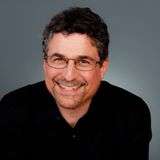 Maurice Hamington is Professor of Philosophy and Executive Director of University Studies at Portland State University. His current research trajectory is primarily in care ethics where he is particularly interested in embodied, performative, and aesthetic elements of care that facilitate knowledge creation and identity formation as well as moral orientation. 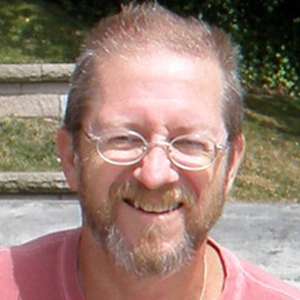 Annette Makino is an artist and haiku poet who combines Japanese-inspired paintings with original words to express quiet reflection and Zen humor. Makino’s poems and haiga have appeared in the leading English-language haiku and haiga journals, and she exhibits her art regularly around Northern California. Based in Arcata, California, Makino offers paintings, prints, calendars and cards of her work through her art business, Makino Studios. 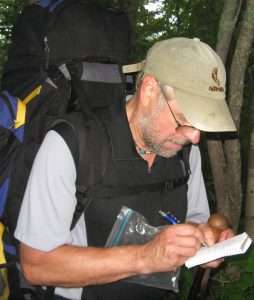 Professor of English and Environmental Studies at Penn State Altoona, Ian Marshall is a former president of the Association for the Study of Literature and Environment. He is the author of four books, most recently Walden by Haiku (Georgia, 2009) and Border Crossings: Walking the Haiku Path on the International Appalachian Trail (Hiraeth, 2012). 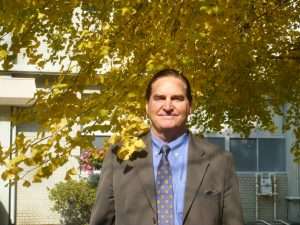 Curator for the “Asahi Haikuist Network” column since 1995, and perennial contest judge for Itoen Oi Ocha New Haiku and for Matsuyama Photo Haiku, David McMurray serves on the editorial board for the 22nd anniversary Red Moon Anthology. As professor at the International University of Kagoshima he teaches haiku courses and supervises graduate seminars. 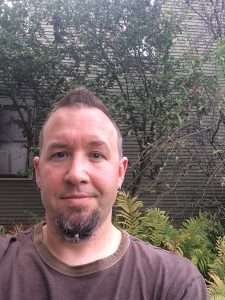 Thomas L. Morgan is an Associate Professor of American and African American Literature at the University of Dayton. He has published on James Weldon Johnson, Paul Laurence Dunbar, Kate Chopin, and Richard Wright, and has edited (with Gene Jarrett) The Complete Stories of Paul Laurence Dunbar. His work focuses on the politics of narrative form, with recent work examining the role language and metaphor play in replicating structural inequality. 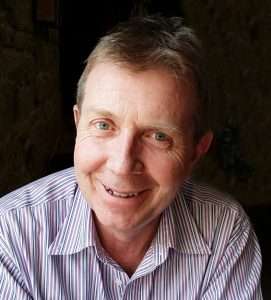 Ron C. Moss has published over a thousand haiku worldwide and his haiku appear in many collections and prestigious anthologies. Ron’s first collection, The Bone Carver, won the Snapshot Press Book Award, a Touchstone Distinguished Books Award from The Haiku Foundation, and a Merit Book Award Honorable Mention (Haiku Society of America). Ron is also a visual artist and award-winning photographer, often combining his poetry and art to create haiga. His latest collection, Bushfire Moon, contains haiku and prose written about his experiences as a Tasmanian Volunteer Fire-fighter.

Hermann J. Müller is Professor (Chair) of General & Experimental Psychology at Ludwig-Maximilians-Universität München, Germany. Recipient of the Wilhelm Wundt Medal, and Honorary Membership, of the German Psychology Society (DGPs, 2014). He has co-/authored several hundred original research articles, published in journals of Experimental Psychology and Cognitive Neuroscience, mainly on the role of selective attention in perception, memory, and action. Recently, he reconnected to an earlier strand of his research: eye movements in reading. 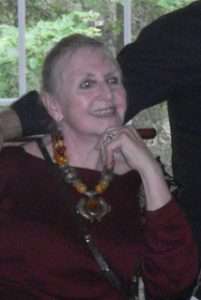 Poet/printmaker Ellen Peckham’s three volumes of hand-pulled haiga were gathered into one volume of etchings and haiku called Arrested Ephemera. The collection was featured in THF’s “Haiga Of Ellen Peckham” and the book is available from Amazon as well as Paper Crown Press. A video from the launch reading with musical accomplishment by Barry Seroff is available for viewing. Her work has been published and exhibited in the US, Latin America, Europe and Asia and her archive is collected in the Doubly Gifted collection at the Ransom Center at the University of Texas in Austin. 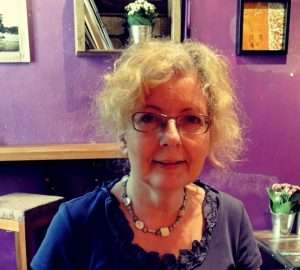 Stella Pierides, poet and writer born in Greece, now divides her time between England and Germany. She serves on the Board of Directors of The Haiku Foundation. Books include: Of This World (2017); In the Garden of Absence (Merit Book Award winner), and Feeding the Doves (2012/13); and Even Paranoids Have Enemies: New Perspectives on Paranoia and Persecution (co-editor, Routledge, 1998). 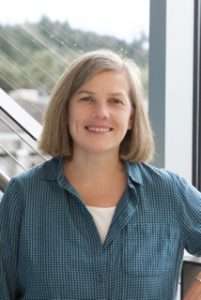 Born in Poland, Lidia Rozmus was born in Poland. In 1980 she made her home in the United States. She works as a graphic designer, paints sumi-e and oils, and writes haiku. She has written and designed several portfolios and books of haiku, haibun, and haiga. Her paintings have been exhibited and her haiku published in the U.S., Japan, Australia and Poland. She is art editor of the journals Modern Haiku and Mayfly since 2002. 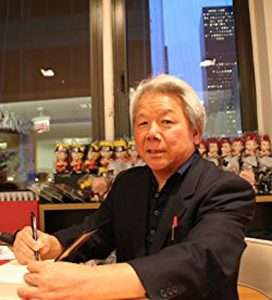 A selection of Hiroaki Sato’s essays and talks on haiku will be published by New Directions.