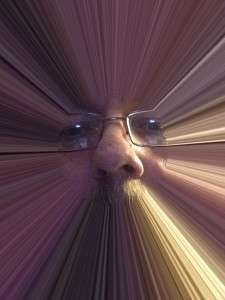 The Haiku Foundation honors the work of contemporary masters of the dual art of haiga: visual image wedded to haiku. This month’s featured artist is Jim Kacian.

Jim Kacian has been producing visual art for 40 years, so it is only natural that he should seek to combine it with haiku, and so he has, in many different ways. This gallery focuses on his work in video haiga, as individual pieces and in combinations.

Jim can make a fair claim to having invented the genre. His clouds (2012, the first piece below) is probably the first video haiga ever attempted, and certainly the first to be publicly viewed. He followed this with several other individual pieces, and has lately combined several pieces into longer, more cohesive works, most notably his Pareidolia (2016, the final piece below) which was featured in this year’s HaikuLife Haiku Film Festival in April.